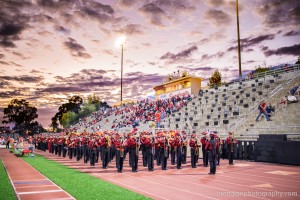 Welcome to the Mt. Carmel Band, Orchestra and Color Guard program! This nationally recognized program has demonstrated consistent musical excellence throughout its 35+ year history. Mt. Carmel Instrumental Music Department is considered one of the top programs in all of Southern California. Many of the top academic students at Mt. Carmel participate in our music program and consider it a highlight of their high school experience. These are the nicest and best students at Mt. Carmel and the type of students you will want your student to be around and make friends with.

Looking ahead: Why should my child sign up and stay in Band or Color Guard all four high school years? College admission boards have told us time and time again, that students who stay in their high school music program in classes like Mt. Carmel’s Band/Color Guard all four years, have a great advantage for college admission over the typical students who have the same GPA (grade point average). In addition, the statement above is true for music students when compared with those who have taken the same number of AP (advanced placement) classes without being in a four year program like Band. College admissions are actively looking for students who can show a four year commitment to a high school program. College admission boards know the chances of students participating in college campus life, activities and finishing college is much higher in music students than typical students who only take AP classes in high school and never show involvement in anything extra that high school has to offer. The Mt. Carmel Music Department encourages it’s students to take AP classes and most students also take a few on-line courses throughout their tenure at Mt. Carmel so they can stay in music all four years. It is important to understand that your student does not have to sacrifice taking band/guard all four years at Mt. Carmel for taking an “all AP”  class schedule if they are planning to go to a top tier college. College admission boards weigh heavily staying in a music program of our caliber and band/guard will help in the college board’s decision process. More of our music students are admitted to their first or second choice of college when compared to the average MC student who does not participate in a four year program such as instrumental music.

From September through November the Mt Carmel Marching Band performs at all home football games.  The Marching Band is a pep band during the game and performs its field show during half-time. The Band and Guard provide a high degree of excitement and entertainment at the games which adds to the campus atmosphere. Without our participation, games would not be as exciting or fun to see.

Be sure to check the calendar for this years home games. A typical home football game schedule looks like this: 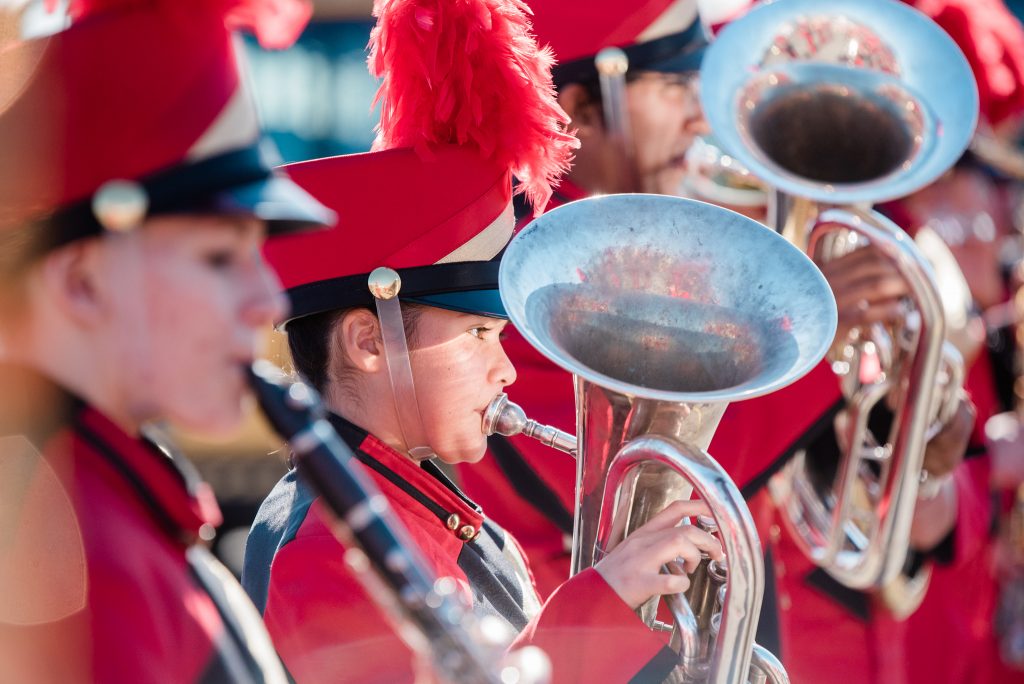 Band and Guard competitions are fun and exciting to participate in as well as being a spectator. These competitions promote good sportsmanship and are a great learning tool to help us become better musicians and performers.

During August and September, the band members memorize and perfect their show music and learn their field show drill. The Color Guard Team learns their drill and choreography. Once all the hard work is put into the show, the Marching Sundevils are ready to start competing at tournaments. Everything the Band and Color Guard work for during marching season culminates at the Saturday tournaments during marching season. Tournament season begins the first week of October and goes through the first Saturday of the Thanksgiving break in November. This means all band and guard members need to keep all the Saturdays in October through the first Saturday of Thanksgiving break open for our competitions. Most of our field tournaments will occur on Saturday evenings between approximately 5:00 PM to 9:30 PM.

Mt. Carmel also will compete with the auditioned “Competitive Parade Band” in three to four parades during some of these Saturdays. Every student is given the opportunity to make our elite Competitive Parade Band through an audition in the first week of October. Students need to be able to play the year’s chosen march by memory at a proficiently level and be able to march in step while playing. See the schedule for details. Not every student will be in the competitive parade band and will therefore only perform with the field band.

Because marching season falls under the umbrella of the performing arts curriculum and P. E., the performance is equivalent to a major test in any other high school course and is part of the Marching PE grade for all band and guard members. When a member misses a performance, it will affect everyone in the Marching Band as our competitive score will be lower if members are missing during a performance. If a student does miss a tournament or performance, he/she will lose a letter grade on their report card as there is no way to recreate a performance for that single individual to be given performance credit. Only in very special circumstances can a student obtain an “excused” absences for a missed performance. The absence needs to be cleared through the Band Director, Mr. McPherson as soon as an issue is known and needs to be addressed well in advance of the performance date.

When the student arrives at call-time for a performance, they will look for our semi trailer in the school’s parking lot and look for their section leader. The student will need their instrument and have the proper undergarments and marching shoes that will be worn with their uniform or costume (see “Uniform care and rules” ). The student should also bring regular street clothes to change into after the performance.

Students will first stretch, then change into uniform/costume and then begin instrument/equipment warm up with their section. About 30 minutes before the performance, the band will tune and do a final warm up with the Director and then go to the staging area at the stadium then enter the stadium to perform the show.